Reflections on an old story 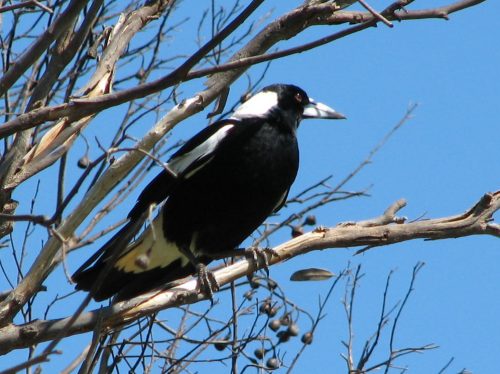 I have been having a trip down memory lane in recent days. I have been typing up an old story I wrote many years ago. In fact, the only copy I appear to have is a typed copy with 1989 on the title page. I was shocked to realise that this story was written nearly 28 years ago. It has languished ever since as one or two copies stored in boxes in our garage. The copy I am using was printed on an old dot-matrix printer. Remember those old clunkers?

This story, called Magpie Farm (hence the photo of an Australian Magpies above and below), was typed on either a borrowed Commodore 64 computer or on the Amigo 500 I bought around that time. I can’t remember. I think that it was written during a school holiday break; I was a classroom teacher at the time. Those old computers were wonderful, and I learned so many things about the digital world from them. I still have the old Amiga – in working condition too, though I only fire it up every five years or so. Sadly, the old Amiga discs are not compatible with today’s PCs, hence the need to retype this story.

I am sure that this was my first attempt at writing a novel for children. At just under 10,000 words it is probably better described as a chapter book. I have since written several more novels for children, of varying lengths and subject matter. I am planning to prepare these for publication sometime this year. They will initially be in eBook format with print on demand paper copies also available.

As I type up this story, I recognise many incidents from real life. The main character is a young boy who is afraid of magpies. Some Australian Magpies are notorious for their tendency to swoop people during the breeding season. The boy’s family move to a small farm and he is horrified that there are magpies on the farm. Some of the incidents I have included in the story are drawn directly from my own family’s experiences. A few years before writing this story, we also bought some acreage, though five acres (two hectares) can hardly be called a “farm”. We did have some sheep for a while; I’m not sure if that qualifies it as being a farm.

I have a serious problem with the story. Several problems, actually.

Honestly – it needs some serious editing, rewriting and restructuring. The problem is that I have decided to be very strong as I type it up. I tend to edit as I type. This applies to most of my writing these days. The first draft is often very close to the final draft. I rewrite, edit, proofread and so on as I go. Not always, but usually that is my preferred writing style. This time I decided to be very strong and resist all urges to stop and rewrite, edit or change anything. Those steps will come later.

Why is it terrible?

As I type, I find myself wincing often. How could I have written such terrible prose? The dialogue between characters is not all that bad, but the rest of it is quite naive – almost childish. This shows up three basic things:

I still have a few chapters to type up. Then I will spend a week or two rewriting whole slabs of the text to bring it up to publishable standards. Later will come the proofreading and copy editing stages before I send my baby out into the world. After that, I have two other longer novels written several years later and they will both need the same treatment.

Is it all worth it?

If the story as it stands now is so terrible in my own eyes, is it worth pursuing and putting in all that work? I believe so. I take this attitude, not because it was my first serious attempt at a novel, but because of feedback from readers.

I plan to publish this chapter book (novel?) in the near future, so stay tuned. The launch will be announced on this site, and it will be available through this site. 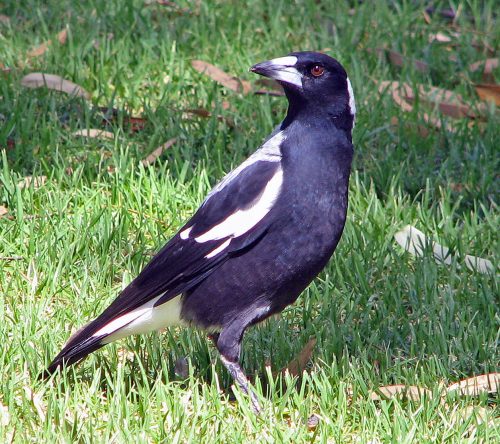 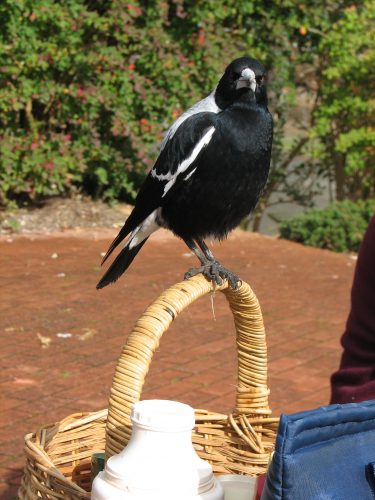 First light crept through
Our bedroom curtains
Beckoning us to arise
And be about our daily tasks.

Early morning dreams still washed
And swished through our
Foggy minds not really
Wanting us to wake fully.

The loud thump
Sat us up in bed
Wondering what
Had crashed.

‘Must be another bird,’
I muttered, going barefoot
To draw open the curtains
To investigate the disturbance.

No injured bird was seen – only
A pane cracked diagonally
From corner to corner.

Somewhere we had a raven
Or magpie with a massive
Headache that morning,
Forced to reflect on its mistake. I don’t often write about another of my passions – birding – on this site. But I do include book reviews here. I’ve just finished reading a fascinating book about Australian Magpies, one of our most recognisable and best loved birds.

The book is called “The fearsome flute players: Australian Magpies in our lives.” This is not a scientific thesis paper; it is written in an entertaining and engaging manner, incorporating hundreds of stories of ordinary people in South Australia telling their encounters with these wonderful birds.

I won’t give a full review here but rather refer you to Trevor’s Birding, another site I write so you can read an extensive review of this book.

The publisher a special offer to readers of my birding site. Mention Trevor’s Birding when you order online and you will also receive a CD of 200 photos of South Australia, including some beautiful photos of scenery and water birds.

I strongly recommend this wonderful book.