Archive for the 'General' Category

I find it somewhat distressing when I hear of so many who don’t reach their 70s, or 60s or even 50s. It is also so sad when people of much younger years die before even reaching middle age. While it is tragic when illness takes a young life, it is equally tragic when it is caused by an accident. This year there have been so many deaths in Australia as a result of car accidents, for example.

One of the interesting aspects of ageing that I didn’t expect concerns my mental state. For more than a decade I have observed that I don’t mentally feel my age at all. This attitude changes periodically when I try to do some hard physical work such as gardening. Then I really do feel my age! And the resulting aches and pains are constant reminders that I need to take physical activity in smaller doses.

Another interesting aspect of my personal ageing is my appearance. It seems that I have always been blessed with a youthful appearance. Over recent decades, various people have estimated my age to be ten or more years younger than my actual age. That’s a nice thing to tell me. Only yesterday while chatting with my eight-year-old granddaughter, she said that I do not look like I am nearly 72. Bless her little heart.

I think that having a younger mental attitude comes from spending 35 of those years teaching young children, mostly those in the 6 to 10-year-old bracket. Now in retirement, I have regular contact with my grandchildren – ages 8 and nearly 11 – and this also helps to keep me mentally young.

I am writing this while I am staying with my son and his family. Over the last two Sunday afternoons, I have also had the privilege of taking my grandchildren to a nearby playground for a few hours. They have ridden their bikes while I drove my car; it’s too far for me to walk. Interacting with them as they play and invent games and challenges on the playground equipment is so stimulating to both the children and me.

Even when we don’t go anywhere, we often spend time in their backyard. They have an old, gnarled mulberry tree which they invent adventures while climbing. They both have very fertile imaginations. They also play other games, especially while on their much-used trampoline. Watching them play, and interacting with them during their playtimes is deeply satisfying to me. Once again I realise that these privileges afforded to grandparents is a delight denied so many people. I especially feel for those who may be estranged from ever spending time with grandchildren. Or those with no prospect of having grandchildren.

However, old age does have its many challenges. All those aches and pains, regular doctor and specialist appointments, far too many tablets to take and a general slowing down in physical activities are the downside. I prefer to look at the many delights and privileges of growing old.

I would love to hear from my readers in the comments section about your delights and challenges of ageing.

Writing in the midst of a thick fog 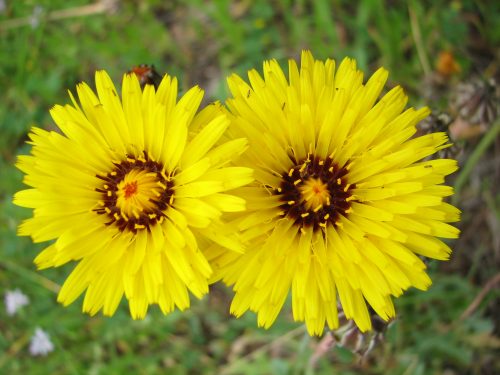 It has been a very long time since I have written a post on this site. While there still is steady traffic to the many articles I have written over the years, I feel a little embarrassed about the lack of new content here.

I am currently coming out of a deep fog regarding my writing. This has lasted for well over 18 months. Initially, it was because much of my energy was taken up with fulltime caring for my wife. Next, it was dealing with her passing in January 2018, followed by all of the official matters dealing with wrapping up all of her affairs, followed closely by adapting to single life again after 47 years of marriage. At times it was difficult,  at times it as depressing, and at all times it was challenging. And sometimes the grieving process, something that I necessarily had to experience, was debilitating. It left me little energy to devote to my writing.

Just over a week ago, I left home in Murray Bridge, South Australia (near Adelaide) to drive to Sydney to visit my son and his family. I love seeing my two grandchildren growing up – it is happening too quickly at times – and also experiencing a part of their lives for a short time.

On the way, I took four days to get to Sydney instead of the normal two days. I took a different route for a change, travelling on some roads I hadn’t used for many years, as well as other roads which were completely new to me. Along the way, I enjoyed plenty of birding and photography, two of my many interests. I write about the birds I see and share photos of some of them on Trevor’s Birding.

As I stated at the beginning of this post, I have been living through a fog regarding my writing. I have still been writing regularly in my personal journal and a few other minor things, but the energy for serious writing to share with the world has been elusive. During this time of readjusting my life, I have been reading a great deal. I have read a steady stream of excellent novels, many articles and some books about writing as well as some inspirational books which have ministered deeply to my Christian spiritual needs. Many of these books I hope to review here on this site. Some I have already given short reviews on Goodreads. 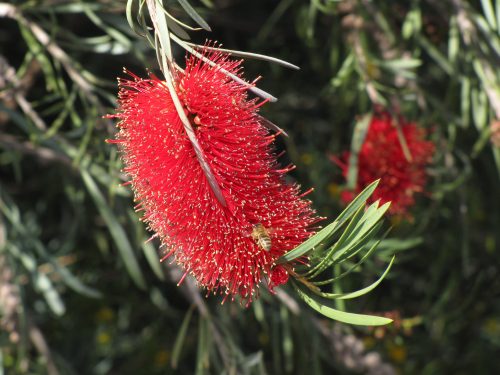 Having a short break away from home has given me a new perspective, and, I hope, a new enthusiasm to go on with my writing. I hope that this short holiday will be just the tonic I need to get on with new writing projects – I have a long list of potential stories and novels – as well as get many old projects launched out into the big wide world.

This post is not about writing, or about books or even about reading, but it’s something I’d love to share with my readers.

Yesterday my wife and I had the delight to see one of the shows in the Adelaide Fringe Festival, an exciting part of the world-renowned Adelaide Festival of Arts. The show was called Circolombia, a vibrant, energetic and compellingly hypnotic acrobatics display mixed with rap music and dance.

The stars of this rhythm-fest are all young people from the streets of Cali, Colombia. They have escaped the dangers of those streets and have taken their skills onto the world stage for all to see. My family has close ties with the city of Cali – both of my grandchildren were born there and lived for the first few months of their lives in a local orphanage. I can now see where they get their love of music from – as well as their amazing sense of rhythm.

One of my concerns about this afternoon’s performance was the Clipsal 500 car race, the track being about 150 metres from the tent where we sat watching the show. The main race coincided with the performance. I need not have worried. The booming reggaeton soundtrack showed that the high-octane performance inside the circus tent was more than a match for the average-octane cars on the street circuit car race nearby. Happy New Year to all of my readers.

I didn’t posted here on this site much last year. Sorry if this has disappointed my readers. It probably indicates that I have been rather busy; nothing new in that. As from this month and the new year my situation has changed considerably. I am hoping to post here on a much more regular basis in the coming twelve months – and beyond. I have some – I hope – exciting and interesting new projects in the formative stages of development, now that I have the time to devote to them, so stay tuned.

In the meantime, I wish all my readers a wonderful new year; I hope that 2013 brings you writing success.

The gentle art of letter writing

I am currently reading The Guernsey Literary and Potato Peel Pie Society written by Mary Ann Shaffer. I borrowed it from my daughter more than a year ago and have just managed to squeeze it into my very demanding reading schedule. Actually, I have been wanting to read it for some time. It took a little while for me to warm to the format – a series of letters written from the various characters to other characters in the story – but once into it about 30 or 40 pages it really grabbed me. The letters range from a sentence or two through to many pages, recounting the lives and experiences of the eclectic gathering of characters who experienced the German occupation of the Channel Islands during WW2 as well as a few in London during the same time. It’s an absorbing insight into the lives of ordinary folk in extraordinary circumstances.

The letters have set me to thinking. In these post-modern times we  appear to have lost the gentle art of letter writing. In an age where many people are writing more than ever before – emails, Tweets, blogs, Facebook status updates – we rarely take the time to actually take pen to paper and physically write a letter. Even the birthday cards are quickly scrawled messages and our Christmas cards have a quick message plus often a chest-beating, look-at-my-family typed and printed in gaudy colours newsletter.

This is a great pity.

There is something wonderful about receiving a hand written letter from a friend or family member, especially those living in remote places from our normal circle of activity. The effort taken to actually take the time to hand write a letter is considerable in these instant times. And then to Snail Mail it? Well, that could take days to arrive – or more. How many homes actually have a supply of postage stamps any more? Or writing  paper and envelopes for that matter. I also despair at the trend in our schools to no longer teach physical handwriting skills. I foresee a generation developing who cannot put pen to paper, let alone actually write a letter. Our language will suffer and drown under an ocean of SMS messages and Tweets and degenerate into a series of communicative grunts.

I think I’ll go and write a letter to my brother – but first – I’ll just Tweet about it.

You are currently browsing the archives for the General category.