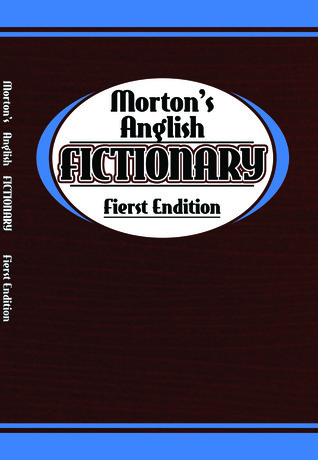 It is the sign of a good book when one laughs out loud. I laughed when reading this book, almost on every page and many times on some pages.

It is even better if, when I read out a portion to my wife, she laughs out loud too. Or groans – with a roll of the eyes.

Morton Benning has a winner here with hundreds of neologisms, invented words made by changing one or two letters, all with their own improbable, but highly entertaining, daffynition.

Over several years I have seen portions of this amazing volume develop as the author tried out the words and meanings by testing new words on his Facebook friends, also known as contrefutors, many of them adding extras of their own, or modifying suggestions.

While I admit that I read right through the book from cover to cover when I received it, and it can be read like that, I think it is best read by dipping into various pages at random. In this way, it is sure to entertain the reader for many years.

I notice that the author has called this the Fierst Endition (read the book for daffynitions of those words). I do hope there is not only a seconned endition, but a theard and more. There is one downside of this work. By the time I was only half way through reading, I was seriously questioning my ability to spell even basic words. Sigh.

Grab yourself a copy from here. You won’t regret it.

Here are a few tasty morsels: